Christmas is all about love, giving and caring. Vanessa takes this holiday very serious, as many of you know, so it wasn’t surprising to see her at LA Mission’s Annual Holiday Fundraiser in Beverly Hills last night (December 17th). 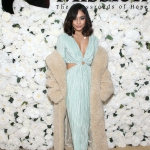 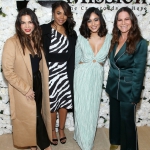 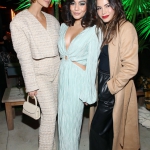 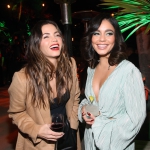 Vanessa and her Tick, Tick… Boom! costars were seen at the Tastemaker Event in West Hollywood, California at the beginning of the week (December 12th). A similar event took place in mid November in New York City. The cast sat down for a panel to answer some questions about the movie. 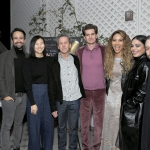 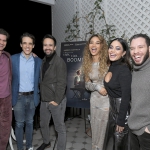 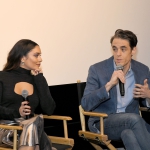 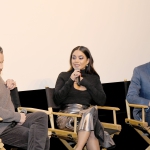 Vanessa sat down with Family Entourage to talk about her upcoming movie The Princess Switch 3: Romancing The Star, Christmas traditions, and the support of her family and her friends.

On Thursday (December 16th) was seen leaving a gym after a workout session in West Hollywood, California. Unlike many other gym session before Vanessa was seen all by herself. 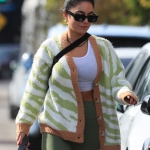 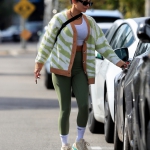 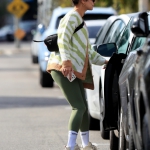 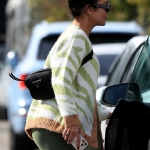 Dear Vanessa,
happiest of birthdays to you. I don’t even know where to start… When I first saw High School Musical back in 2006 ’cause all my friends told me to I was like “Nah, not my thing thanks”. But I ended up loving it, knowing all the lyrics and every word from the movie as well as the dance moves by heart. I met my best friend thanks to you and Ashley (long story short) and I ended up starting fansites. Now Zach lets me be a part of this source about you and I am so honored and so happy to be able to update fans on your latest projects and things you support. You’re an inspiration for me for years and I wouldn’t wanna have it any other way. I feel lucky to have such an unproblematic and inspiring idol like you. You’ve been with me in my life for so many freaking years and I love supporting you every day of this journey. Thank you so much for being the kind hearted, wonderful, talented and delightful person you are today. Happy Birthday V. Celebrate your beautiful self on this very special day.

I started being a fan of you as soon as I watched the first High School Musical (much like most people), and ever since then I have followed your career and have been a huge fan and now that I finally get to have a site and follow your career more in-depth and support you in various ways that I never imagined before is just amazing. I’m always so excited to see where your career takes you and always hope you come out with even more TV shows and movies just so everyone can have more ways to see you shine!

Vanessa and her boo Cole Tucker were seen having lunch on Sunday (December 11th) with their dog Darla at Alcove Cafe in Los Angeles. The lovebirds enjoyed a wonderful lunch time at the cafe before seen out and about in in LA. 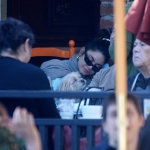 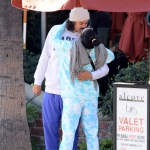 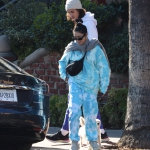 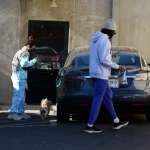 Last night (December 12th) Vanessa and her Tick, Tick… Boom! co-stars attended a special screening during the Film Independent at The Landmark in Los Angeles, California. The stars attended the screening and held a small panel with a little Q&A for the viewers. 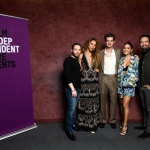 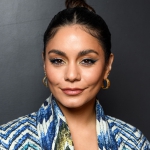 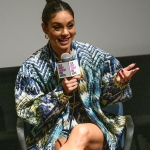 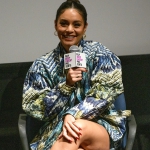 Vanessa Hudgens is our December coverstar. The former High School Musical idol and star of The Princess Switch and Tick Tick…Boom! speaks to GLAMOUR’s Jessica Radloff about her journey from teen icon to finding her true self…

Vanessa Hudgens has a plan. She turns 33 on December 14, and since it’s the first time in two years that she will be home in Los Angeles for the holidays, she knows how she wants to spend the occasion. “I’ll probably get all my friends together and throw a rave. It’s pretty standard,” she says rather nonchalantly. “Two of my best girlfriends are DJs, so I’m definitely locked in. I got connections.”

Does she ever. The actor/singer/producer has been in the public eye for the better part of two decades, has worked with the likes of Jennifer Lopez and Selena Gomez, and has amassed a social media following of more than 70 million fans. She is a Gen-Z and Millennial icon to a generation of women who grew up on Disney’s High School Musical, on which she was catapulted to global fame at the age of 18 playing the all-singing, all-dancing Gabriella Montez alongside Zac Efron’s Troy Bolton. Of the influence and impact of this generation-defining role she has said, “That’s beautiful that I got to create a character that is so ingrained in [fans] and a part of their childhood. It feels special to be a part of people’s lives like that.” 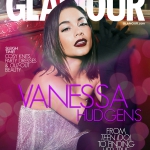 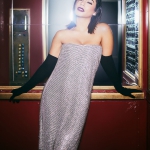 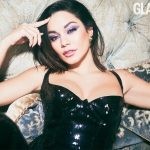 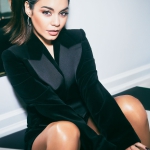 On her bios on Twitter and Facebook specifically, Vanessa’s mantra is front and centre: Be you. Do you. For you.

But who exactly is the real Vanessa Hudgens?

The California native is often seen laughing and giggling her way through press appearances, whether it’s talking about voicing the character of Sunny Starscout in the Netflix animated film, My Little Pony, or playing multiple roles in the royal/feel-good fantasy movies, The Princess Switch. She’s charismatic, happy and – to borrow a phrase from My Little Pony – sparkly.

But Vanessa is also complex, outspoken and private. A few times during our interview in a suite at the Chateau Marmont hotel in West Hollywood she wants to keep some topics to herself, whether it’s baseball game traditions (her boyfriend, Cole Tucker, plays for the Pittsburgh Pirates) or the role she really wanted but didn’t get. After almost 20 years of red carpets, photo shoots and interviews, she has her boundaries. Remember, Be you. Do you. For you.

“I feel like I’ve lived many, many lives just because I’ve been in this industry for so long,” she tells me after a festive photo shoot for our December digital issue. “I had big dreams and was so excited and bright-eyed and bushy-tailed. You know, I think it takes time to get comfortable with yourself, like truly comfortable. I know the pandemic – like having to sit at home with myself and really work on my shadow self; those things you don’t really want to face – has forced me to grow because it’s uncomfortable. Those are the moments that challenge you and really force you to make an opinion as to who you are and how you want to present yourself to the world.” She adds, “I feel like I’ve had that moment multiple times throughout my life and it’s been evolving and changing just like I am.”

Vanessa is the new face of Fabletics’ Velour Campaign this Fall/Winter. It’s Fabletics’ FIRST-EVER lifestyle collection! Bold colors, soft-to-touch, cozy yet luxe and with Vanessa as their main model. Get all #VelourxFabletics looks for 70% when you become a VIP member. 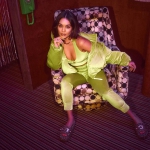 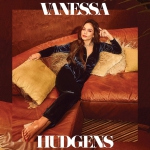 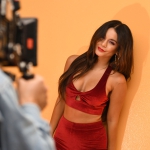 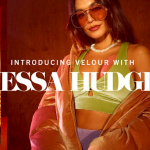 The trailer for Tick, Tick… Boom has been released that will be billed as a Netflix film as well as being released in select theaters across the nation.

Tick, Tick... Boom (2021)
Vanessa as Karessa
It tells the story of Jon, a struggling composer whose life seems to be going nowhere. About to turn 30 and still waiting tables for a living, Jon is desperately scared that he may never “make it” on Broadway.
info photos news

TPS: Romancing The Star (2021)
Vanessa as Fiona / Stacy / Maragaret
Princess Stacy of Belgravia and Queen Margaret of Montenaro are preparing to host an international Christmas festival in Montenaro, the centerpiece of which is the "Star of Peace", a sacred relic loaned by the Vatican. Shortly after the Star arrives, thieves break into the palace and steal it.
info photos other

My Little Pony: A New Generation (2021)
Vanessa as Sunny Starscout (voice)
Friendship has been replaced by fear in Equestria. Sunny, an Earth pony, and Izzy, a unicorn, embark on an adventure that takes them to faraway lands and challenges them to make new friends as they strive to restore harmony to Equestria.
info photos other
Calendar
Elite Family